Corporate debt restructuring: what it is and how it works

The reasons that lead a company to become indebted are diverse; on the one hand debt contraction can occur as a result of a negative macroeconomic scenario that depresses its sales, or as a result of poorly designed and executed administrative and financial planning, or even structural changes that occur in a certain sector - no company is free of such risk. On the other hand, indebtedness does not have to be associated with bad scenarios: debt may be the best alternative when investment options for companies are profitable, with returns greater than the cost of debt, or when other financing alternatives become less attractive.

However, when adverse situations occur, the debt burden of a company can lead to a trajectory of irreversible cash flow deterioration, so that the company is unable to meet its commitments to creditors. And that is when companies must think of a debt restructuring process as a way to get the financial breath needed to reverse such insolvency.

The corporate debt restructuring process is a service offered by Investment Banks, where action is taken to change the capital structures so that companies can survive, reconciling, on the one hand, the interests of debtors and, on the other hand, the interests of creditors, observing each current legislation and the aspects inherent to each transaction.

What is the purpose of a debt restructuring operation?

Corporate debt restructuring is a very complex operation, which aims to change the financial environment of an indebted company by bringing the necessary cash flow so that the company can return to a state of profitability and solvency. Once the debt restructuring is done, the debtor company goes through a financial relief that enables the sustainable maintenance of its operations. On the creditors' side, debt restructuring has the fundamental role of promoting an increase in the chances of receiving their rights.

As in Mergers and Acquisitions, where investment banks can advise both acquiring and target companies, in debt restructuring processes they can advise both parties involved: creditors and debtors. A bank can only advise one side during the transaction, and some bankers usually specialize in a particular 'side' of the transaction and concentrate their services in this segment.

Investment banks should be able, when proposing debt restructuring with creditors, to demonstrate that reconfiguring the debt structure is the best way to achieve the objectives of both parties. Banks should treat creditors as possible partners in the debt restructuring process, as the new cash flow provided by the operation will bring gains for both parties. Investment banks, in advising the creditor party, will seek the best possible deal, which means the highest possible cash recovery or, in the case of a debt-for-equity swap, a higher percentage of equity.

How does the debt restructuring process take place?

A successful debt restructuring process must be able to reduce the total amount of debt the company bears, reduce or even suspend the interest rate charged and extend the payment period.

A common strategy for debt restructuring adopted by companies in difficulty is the exchange of debt for capital. In this method, called debt/equity swap (exchange debt/patrimony) creditors agree to receive a portion of the company in exchange for partial or total debt forgiveness. In the case of publicly traded companies, this operation implies an exchange of securities for shares.

Investment banks have a decisive role in the execution of the procedures of exchange of debt for capital, after all, a thorough evaluation work is necessary to determine the real value of the company, of the debt, and how the restructuring of debts will impact on the price of shares.

The exchange of debt for equity only occurs if creditors are convinced that it is worth giving up part of their rights to help capitalize the debtor company. In other words, to accept a stake in the debtor company, creditors need to glimpse the return to profitability of that company. In performing this task, investment banks need to figure out how to balance the needs of each group and find an arrangement that allows the company to survive, in addition to providing creditors with the income they are seeking.

What are the steps in the corporate debt restructuring process?

Like any complex process, debt restructuring must follow a well-designed course of action. Each transaction is different from the other, after all, it must deal with a diverse range of creditors, suppliers, financial and government institutions. Although operations are distinct, companies and investment banks usually follow certain steps.

In this inventory, information such as: creditors' data; due dates of outstanding debits; values of debits; contractual interest and characteristics of each debt must be included. Only from the preparation of the inventory, gathering in an organized and clear manner all the debits of the company, will it be possible to continue the rest of the operation in a precise, clear and effective manner.

Renegotiation of debt. This is a key phase of the operation, where companies and their investment banks negotiate the new debt terms directly with creditors. Depending on the complexity of the transactions, trading rounds may take months to complete.

Investment banks need to help return debtor companies to their credibility with creditors. For this, it must be demonstrated that the new cash flow of the company, combined with a debt restructuring, will result in the payment of the restructured debt, meeting the deadlines and values established in the renegotiation.

The main objectives of the negotiation should be to reduce the amount of debt, reduce or temporarily suspend the interest rate of the debt and extend the term of payment of debts. It is understood that these measures will bring the necessary cash flow so that the company can begin to reverse the deficit picture.

Principle of priority. Defining which debts should be paid first and in which order of priority payments should be placed is an important question that cannot be neglected. Most experts argue that the payment of debts should start with those creditors who represent a larger volume of debt. This recommendation cannot always be met, after all, each operation involves different profiles of creditors.

It is important to prioritise payments so that the discharge of debts does not cannibalize the working capital that will allow the company to operate normally. That is why investment banks and their specialized restructuring teams gain such importance in the process, analyzing values and designing the best strategies.

Communication, trust and transparency. During the debt restructuring process, creditors need to be constantly informed about the company's situation, intentions and actions. Firms and investment banks contracted to act in the process need to explain, throughout the negotiation rounds, their total interest in solving the problems of outstanding debts.

It is necessary to treat the creditor as a potential partner to avoid him becoming a litigant in pursuit of his rights, which can result in exhaustive and costly legal proceedings for both parties involved.

No matter how solid and meticulously planned the agreements are, there are always several possibilities of breaching the agreement. In these cases, creditors must be informed in advance. A prompt response to creditors is also necessary, with new dates or amounts in the event of unforeseen events, thus renewing the partnerships already consolidated. 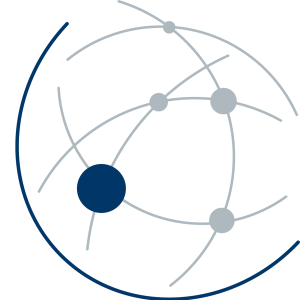 Use the form below

COMMUNICATED
This Web site uses cookies (including cookies from our partners) to deliver the best possible experience for you, and to monitor and analyze traffic on our Web site. Your preferences may change at any time in your browser's cookie settings. Learn more about how we use your data by visiting our Privacy Policy
I understood